The Cane Creek Subdivision offers heavy-haul, tough American railroading at its best. From Potash to Brendel, the line climbs nearly a thousand feet in elevation over a “roller coaster” profile featuring frequent gradients of 1.2 percent, curves of up to 6 degrees, and a journey through 7,059-foot-long Bootlegger Tunnel. The Cane Creek Branch is a rail line that requires big diesels and lots of horsepower, and you’ll take the throttle of the Union Pacific’s General Electric AC4400CW and Electro-Motive SD40-2 diesels as are included with the route.

By American railroad standards, the Cane Creek Branch is a newcomer, opened in 1962 by Union Pacific predecessor D&RGW to serve a sprawling potash mine facility at Potash. You’ll handle potash line-haul and switching duties, and you’ll also climb aboard Union Pacific’s big six-axle diesels to handle the railroad’s noted “dirty dirt trains” which lug contaminated mine tailings from Moab to Brendel.

Choose how you want to play: Operate trains, ride around as a conductor, complete the route tasks, or simply pick a vantage point and watch the action unfold. Create your own experiences with the Scenario Planner and Livery Designer. Whatever you choose to do, there’s lots to see and experience in Train Sim World 2: Cane Creek Subdivision! 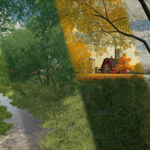 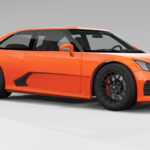