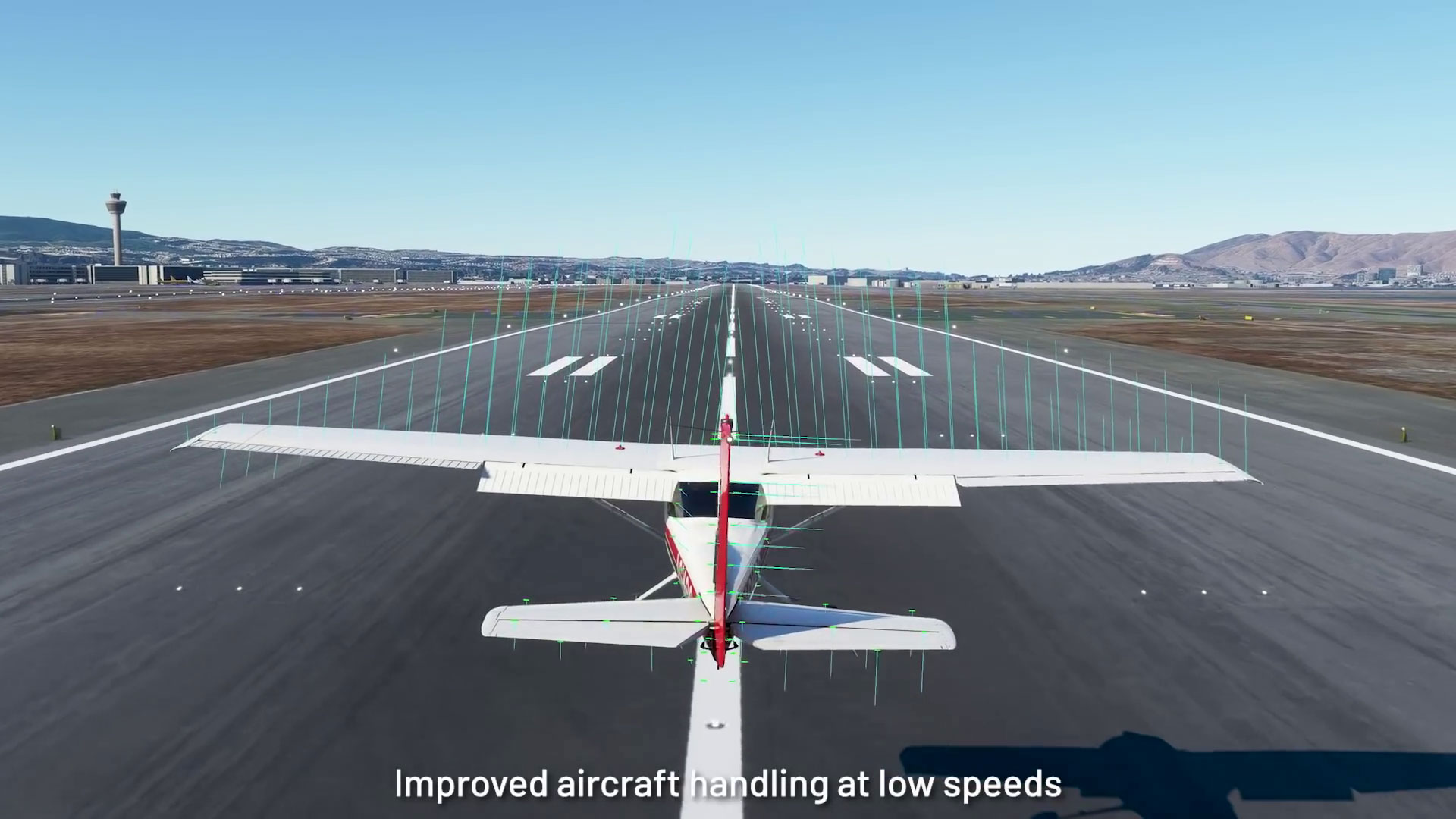 Thank you for all your feedback. Since launch we have received a lot of feedback from simmers, pilots and airplane creators.
We take feedback of the flight model very seriously. Continuous improvement of this area is our number one priority. As you can see in this video. We fixed the phantom spoilers on the Cessna 208. We also fixed the fuel capacity and engine performance on several aircraft. And we improved the aircraft stability in turbulent air as well as turbulence simulation.
For example: as you can see in this video the air becomes much less turbulent after transitioning from land to sea.
We are adjusted the braking power and tire friction on all aircraft for more realistic braking distances and we tweaked the ground friction parameters for wet surfaces. We adjusted the input mapping over the control surfaces for all aircraft for more realistic handling at different speeds. This makes controlling the aircraft on short final and flaring much easier.
We added an upper dead zone and a reactivity setting to the input sensitivity menu for more realistic handling with various controllers. Thanks to these options, you can reduce the amplitude and speed of the movement of the control surfaces that you want to apply when you move your yoke. Allowing you to be more precise in your control of the aircraft. We’ve added stall physics to the rudder and elevator control surfaces.

This generates a stall of the rudder or elevator surfaces when applying extreme and sudden inputs on these surfaces. It significantly reduces the aerodynamic force of these surfaces once they are stalled.
We’ve adjusted the rotation rates and inertia of most aircraft, including the aerobatic aircrafts such as the E330 and pit special. We’ve improved the negative airway lift simulation and stall to improve the simulation of inverted flight. Such as here with the aerobatic aircraft the CAP 10.

One the main goals of a modern flight model was to increase the level of realism and to achieve native simulation of advanced behaviors such as:

But… there was another goal. In a real airplane the air around the plane is key.
Each updraft is felt. Flying over a forest, over water, over a building… changes the air and has a very noticeable impact on the aircraft. We wanted to capture this effect and simulate the air mass accurately and represent updraft and wind changes cause by heat, mountains, lakes, turbulence etc. For example: When the wind blows upwards the mountain there is a strong impact on the airplanes vertical speed. Once over the mountain, the air is very turbulent and the wind blows back down into the valley. That’s why the modern flight model entirely simulates the aircrafts motion using 1306 surfaces interacting with the airflow of the world. In these images you can see the resulting aerodynamic force that is generated by the air flow pushing on the surfaces on the aircraft. When the control surfaces move, such as the aileron going up or down.
You can see the forces changing direction, getting shorter or longer or even pushing in the opposite direction.
This is what makes the aircraft pitch, yaw, roll, when the user moves the control surfaces of the airplane.

A CLOSER LOOK AT SURFACE SIMULATION

This is the sim running in the legacy flight model mode.
As you can see here, the FSX simulation is based on a single point positioned at the center of the aircraft.
It generates one big force vector and one big moment that makes the aircraft roll, yaw or pitch, based on the performance tables that are in the flight model file. When switching to the modern flight model, you can see that now we have hundreds of force vectors that are displayed. We are showing a sub-set of the 1306 surfaces that are simulated in order to have a better visibility of all the vectors. And you can see that each vector is displaying a different force depending on where it is positioned and where it interacts with the airflow. This surface simulation is fully optimized for modern multi-core CPUs. It simulates 1306 surfaces via a chop system over 32 power threads and over 100 frames per second in less than 100 milliseconds. This new architecture allowed us to push up the complexity of the simulation by a factor of 1000.
Here is an example of the advantages of a modern flight model.

This is a visualization of the native simulation of induced roll. Adjusting the rudder makes the plane roll and then, an aileron correct is required to stabilize and cross control the aircraft into a slip. Once both controls are fully applied the plane continues to fly straight in a fully cross control flight. Air flow being accelerated by the engines and propellers is also correctly simulated and natively causes prop wash and engine effects when touching surfaces. This allows for more accurate simulation of engine effects and aerobatics which heavily use engine effects. You can see the aerodynamic forces getting stronger when the RPM increases and the air flows over the wings and the tail. You can see how the prop wash of the propeller makes the plane move. This is exactly what you feel when you do your engine tests on the tarmac. Here you can see how we use the prop wash and move the tail surfaces to lift the tail and make it move. All surfaces have their own aerodynamic simulation that is located in 3D space. Surfaces can stall independently from other surfaces natively causing stalls and spins if one wing stalls and not the other.

We’re improving the flap definition system, increasing the control over the way the flap surfaces move when they are being deployed. Aircraft creators will be able to more accurately define how the surfaces move forward or backward. or how the surface angles change when the flaps are deployed. This gives a more detailed control over the pitch movement generated by flaps. We are also currently fixing an issue that was causing a lack of performance on twin engine propeller aircraft at very low speed. This was happening for example: at takeoff when you had the full engine and the breaks set and you released the breaks the engines were really lacking power at that precise moment. There will be an update to the aircraft selection menu allowing the users to adjust the limits of the planes control surfaces, the fuselages wear and to adjust the aircraft center of gravity. Next we plan to focus more on turbo prop engines, super sonic flight, and the interaction of surfaces with super sonic airflow. Finally we plan to continuously improve developer tools to allow more accurate definitions of the surfaces of the aircraft. And to increase the number of surfaces simulating the aircraft.

We’ve worked hard to continue to grow our expertise in the aviation field and the number of pilots on the core team has grown significantly. We’ve hired ex-pilots from the French Marine National. Aviation and mechanic engineers and even airline pilots who have flown on Boeing aircraft. We now total over 6000 flight hours on the team. We’ve even hired expert pilot consultants who have helped us improve the flight model and the systems in the aircraft.
Our primary focus will always be simmer and pilot feedback and any issue brought up by the community will be looked at first. To send us feedback about the flight model just submit a ticket via Microsoft Flight Simulator website. I hope you enjoyed this tour into the world of aerodynamics and Microsoft Flight Simulator. We are very excited to keep listening to the community, the pilots, the feedback and to keep pushing the envelope of what’s possible in the simulator.

Thank you and see you all soon in the skies of Microsoft Flight Simulator. 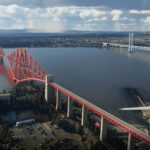 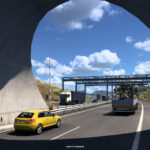