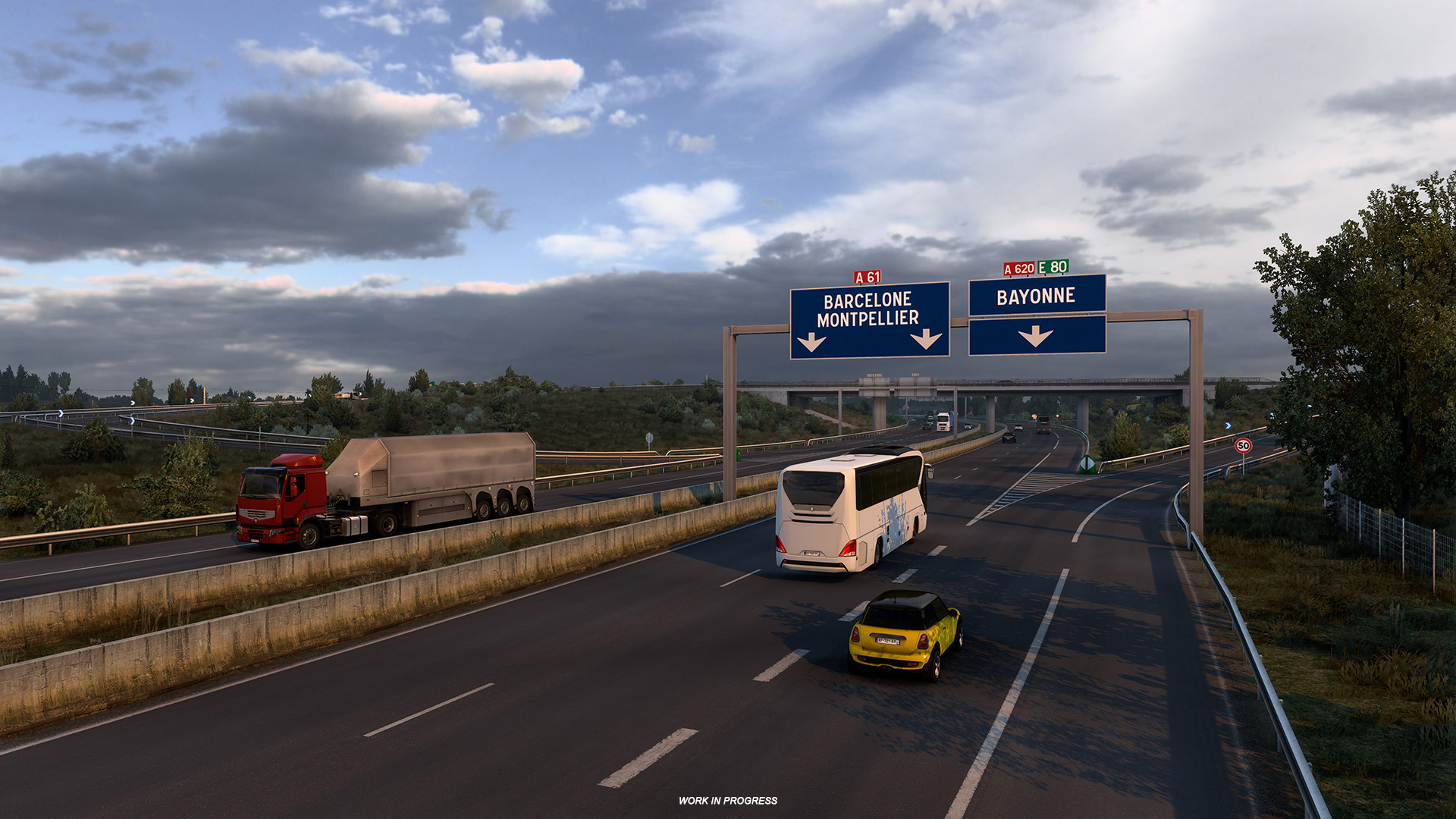 With the upcoming release of the Iberia expansion for Euro Truck Simulator 2, we know that many drivers will be excited to progressively make their way down Europe to cross into the peninsula for the first time. With France being mainland Europe’s gateway to Spain and Portugal, our team is currently developing 2 new French locations which will be a part of a free update to the Vive La France ! DLC in the future.

The first being the city of Bayonne, located in the southwest of France; it is the capital of the French Basque Country and an important connection for drivers heading to Spain as it is located close to the border. Bayonne will also feature local industries from which drivers can deliver to and from.

The second location will be the smaller commune of Lacq, which is located in the Arrondissement of Pau. While this small village will just be a scenic drive-through for most, there is one major industry that is located there. The industrial complex was built after the discovery of one of the greatest natural gas fields in the world. Today Lacq is home to the largest refinery in France and is one of the world’s largest sulfur producers and exporters.

Both of these areas plus two new connecting junctions in Toulouse and Bordeaux will come as a free update to the Vive La France ! DLC for Euro Truck Simulator 2 when the Iberia DLC is released. Please keep in mind that all of these screenshots you see here today are work in progress, both in terms of development and the new visual lighting system present.

If you haven’t already, check out the Vive la France ! DLC for Euro Truck Simulator 2; and add the Iberia DLC to your Steam Wishlist. It really helps support the development of our DLC’s and we thank you for your support if you have chosen to already. 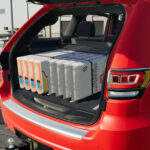 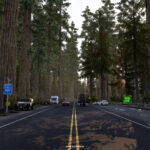