The Polish FSO Polonez car package developed under the leadership of Marf_ has been released for BeamNG.drive. There are great features in the tool package adapted under the name FPS Trapez. Awesome 3D modeling and textures blended with the features of BeamNG.drive. Thank you to everyone who contributed.

A versatile family limousine produced by the Fabryka Produktów Samochodopodobnych in Poland. It may not be the cheapest, but it’s pretty unreliable. However, if it is to break down, it is only in front of the house. Its production started in 1978 and ended in 2002. During this time it underwent several facelifts and other minor changes.

This mod is recommended by the Simuway team.

It is offered in several engine versions:

@Car_Killer, @Ai’Torror – Jbeam support
And everyone who has supported me in working on this projectMore body and equipment variants will be added in the future, so stay tuned. 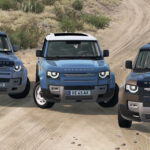 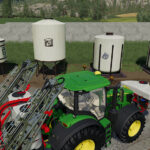