Have you downloaded the free Precision Farming DLC for Farming Simulator 19? If not, try it out! When released last December, we added some smart farming technology to the game. But, that was only the beginning. You’ll be able to keep lowering the environmental footprint on your virtual farm in the near future!

The “Precision Farming Project” continues with a new and improved DLC for Farming Simulator 22. Including the initial versions features like soil types, soil sampling, variable rate applications and economic analysis, the focus of the new DLC will go further.

Advanced precision farming technologies will be implemented: To increase the sustainability of your farms, optical sensors will be introduced. Thus, allowing a reduced application of herbicides as well as organic and mineral fertilizers.

We’ll go further into detail and look at the new features and improvements later. As you know, we’re currently working hard to bring you Farming Simulator 22 on November 22nd. Regarding that, look at this shiny new banner you can click on: https://farming-simulator.com/buy-now.php

Initiated in 2020 by John Deere and funded by EIT Food, Europe’s leading Food Innovation Initiative, the projects’ goal is to provide knowledge regarding sustainable farming technology. Implementing Precision Farming in Farming Simulator is one of EITs steps to increase awareness.

Besides EIT Food and John Deere, various partners from the European Union are also part of the project: The University of Hohenheim (Germany), the University of Reading (Great Britain), and Grupo AN (the largest cereal cooperative in Spain). New to the table this year is the Institute of Animal Reproduction and Food Research from the Polish Academy of Sciences to promote the technology among young farmers in Eastern Europe.

The above-mentioned partners are key to the continuation of the project. The first DLC was evaluated thoroughly by agricultural experts, students, farmers and others. Of course, player feedback was an important factor when deciding on how to advance the project. That’s why you can also expect some improvements to the already existing features based upon your feedback.

More info about the project will be shared at FarmCon on July 21st, streamed on the official Twitch channel from July 21st to July 23rd. Tune in! 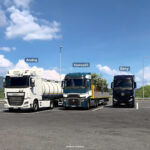 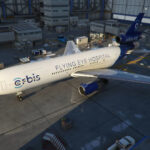