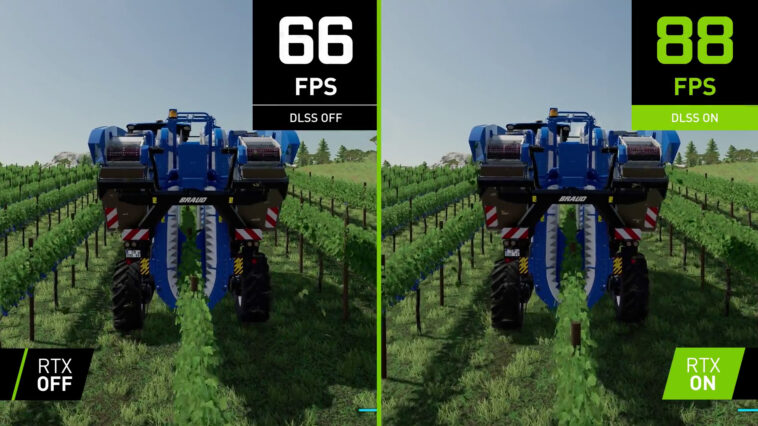 With NVIDIA DLSS support added for Farming Simulator 22, the performance of the game increases up to 2 times.

Farming Simulator 22: The latest installment in the wildly popular Farming Simulator franchise launches November 22nd, and NVIDIA DLSS will be there from day one, boosting performance by up to 2x, ensuring all GeForce RTX gamers have the fastest, smoothest farming experience possible.

See NVIDIA DLSS in action in video below:

DLSS stands for “Deep Learning Super Sampling”, an AI rendering technology that increases graphics performance using dedicated Tensor Core AI processors on graphics cards of the GeForce RTX series. This technique renders frames at a lower resolution than displayed, but by using deep learning, a type of AI, the frames are upscaled again (it fills in the missing information), so that they look as sharp as you would expect at the native resolution.

DLAA is Nvidia’s “Deep Learning Anti-Aliasing”, an anti-aliasing feature that is basically DLSS with the upscaling portion removed: the AI is focussing on better anti-aliasing. Instead of upscaling the image like DLSS, Nvidia’s AI ist focused on improving anti-aliasing at the native resolution.

How does Farming Simulator 22 benefit from DLSS/DLAA?

Enabling DLSS in the game settings means a beautiful, sharp image without a heavy impact on the frame rate. Need an example? With DLSS enabled, you can output Farming Simulator 22 in 4K, while it is, in reality, only rendered at 1080p resolution. The image is upscaled by the smart AI which fills in the missing information. So, you render the game at 1080p or 1440p, DLSS fills in the missing information and the result: higher frame rates without a noticeable loss in image quality compared to 4K! Find out more about DLSS at Nvidia.

Enabling DLAA gains you a sharper image at the native resolution directly. It’s designed to smooth the edges between pixels – the so-called Aliasing, which creates this stair-stepping effect. DLAA is a more efficient alternative to Anti-Aliasing techniques like MSAA, TAA, and FXAA while aiming to provide a clear and smooth image even in motion. So, If your RTX graphics card can handle the native resolution you aim for anyway, DLAA basically just sharpens the image using an AI.

If you don’t own a 1440p or 4K screen (or even 8K if you’re one of the few), DLSS/DLAA still have a positive impact on your experience, making a higher frame rate more attainable. Instead of a higher resolution, you achieve a higher frame rate. Isn’t that something? 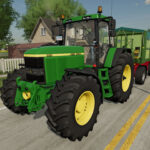 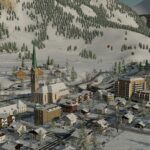