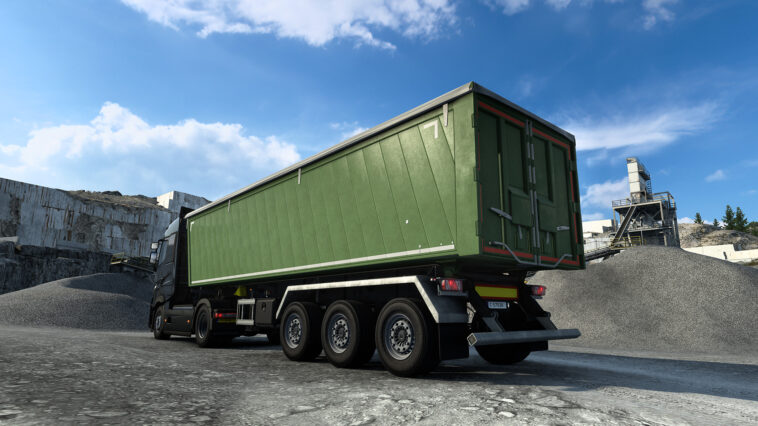 It has only been a short time since we last released an update for our truck simulator titles, however we are happy to share with you that a new testing cycle for the Open Beta branch for Euro Truck Simulator 2 has started.

This first iteration of the Open Beta only has a few of the handful of updates we wanted to bring with 1.43. Because of busy production schedule before Christmas, quite a few of the other features and/or updates did not make it in time for this first release. However, we plan on bringing these later on during the Open Beta. We will be sure to let you know when they do arrive.

Please keep in mind that this Open Beta is a work-in-progress build. If you plan on participating in this Open Beta, you can contribute by reporting any bugs you may encounter in the appropriate section(s) of our official forums. Your feedback and reports are extremely valuable for our team and we thank you in advance for taking the time to help us out.

So, without further ado, let’s take a look at what the first iteration of the 1.43 Open Beta has in store!

As previously mentioned in a dedicated blog, we are happy to share with you one of our latest reskin projects in Euro Truck Simulator 2. The city of Lyon in France will be receiving a major reskin, giving it a fresh and up-to-date look. So what exactly has been changed? Let’s take a closer look!

As you can see from these comparison shots, a lot has changed! In fact, a majority of the city layout has been reworked to make it more realistic and true to life. We have now also updated these areas to include the routes that truckers actually use to enter and exit Lyon and its surrounding industrial areas. We have also added 3 new Landmarks significant to the city.

Many of the older vegetation models such as trees and wildflowers have been replaced with newer ones, which gives the city a completely new look in terms of natural beauty. Road signs and roads, in general, have also been updated with more accurate, realistic, and detailed textures. While many of the major changes are quite obvious, we will leave it up to you to explore Lyon for yourself to spot them all!

You can read the full dedicated blog on the Lyon Reskin here.

Tollgates will also be receiving a revisit in this update. Our teams have revisited a majority of the tolls throughout Euro Truck Simulator 2 to update and apply fixes to speed limits, road signage and other minor adjustments. While this isn’t a complete overhaul or redesign, we hope that this update (and future ones too) will bring a smoother experience when passing through the many tollgates that can be found across Europe.

Unfortunately, we didn’t make it round to all of the tollgates in time for this Open Beta, so expect this update to be continued in future game versions too.

As previously announced in a blogpost, we are happy to share that viewpoints arriving in Euro Truck Simulator 2! There will be a total 35 new viewpoints added across already released ETS2 locations in this update.

From cities and ports to industrial areas, there will be a lot of reasons to revisit some of the older locations and see them from a different perspective. If you’d like to know a couple of more precise examples, you will be able to find new viewpoints focused on landmarks such as Cernavodă Bridge or Viaduct Poiana Teiului.

We can’t wait for you to take a look at these new additions to the ever-expanding world of ETS2. Once the 1.43 update will be available, you can let us know which of these viewpoints you prefer the most by tagging our social media accounts on either Twitter, Facebook, or Instagram, and be sure to attach a beautiful screenshot or a clip!

You can read the full dedicated blog on the viewpoint addition to ETS2 here.

From the scorching temperatures of the Tabernas Desert to the bustling city of Madrid, Iberia has been a popular destination for truckers since its release in April. Based on feedback from our community since its launch, our map team thought it’d be good to revisit the map expansion and bring some new additional content.

1.43 for ETS2 brings new country roads alongside the many highways of Iberia for you to use and explore. So where will be these new roads located? The first new addition can be found north of Madrid, linking together the A-1 and A-2 highways. The second new road can be found in the south of Portugal, starting near the city of Sines, passing by the city of Beja and ending in Spain, just above Seville.

When we first wrote about these new additions, one road was not yet finished, so we were unable to share it with you; however, it is now ready for the Open Beta! We are happy to share that a small stretch of the A-52 connecting Vigo and Leon has now been completed and is ready for you to travel on. Be sure to take a drive and take in the beautiful views of the local region.

These new roads will not only provide truckers with alternative routes whilst out on delivery, but also more beautiful scenery and areas to explore in Iberia! We hope you’ll enjoy this new and free additional content that is coming to the Iberia expansion!

You can read more about the addition of these new roads here.

We are happy to announce that the small team responsible for the Special Transport DLC has found the time to bring new routes across previously released map expansions in Euro Truck Simulator 2.

All in all, there will be an addition of 8 new Special Transport routes and each will feature multiple missions. The new routes are:

Daugavpils to Rezekne
Soria to Teruel
Galati to Iasi
Cagliari to Sassari
Gothenburg to Helsinborg
Brest to Rennes
Bremen to Travemunde
Warszawa to Katowice
These unique missions will be without a doubt a real challenge, so be sure you are ready to take on one of these large loads as they require maximum focus and skill! You can read more about these new Special Transport routes here.

We are happy to announce that Dumpers Trailers are now ownable and fully customizable! These trailers are used for transporting bulk materials and depending on their length are best suitable for different cargos.

In Euro Truck Simulator 2, Dumper Trailers will have 2 customizable body types. These are aluminium and steel. Both of them are available in two different lengths (9m or 10m) and with 2 or 3 axles. Short dumpers are best for ‘heavy cargoes’ such as soil gravel, sand. Long dumpers are best for light cargoes such as barley, wheat, wood bark and metal scrap.

Want to customize your Dumper Trailer? You will be able to add and modify some of the accessories on them including, markers, rear bumpers, front and rear mudflaps, front and rear fenders and paintjobs.

In this update we have also implemented a new sound effect which simulates sound attenuation from surrounding environment noises, as well as the sound of the truck engine and wheels. Since each truck has a different sound insulation, our sound team has simulated this with the use of sound equalization and reverb effects.

Put simply, interior truck cab sounds have been updated to better simulate how engine, wheel and other exterior sounds are dampened when driving from a first person view.

This is just the first iteration of this update, as in the future we plan to bring more accurate attenuation simulation by the size of the truck cab. This update has been applied to all trucks in both Euro Truck Simulator 2 and American Truck Simulator.

Another new feature coming along with 1.43 is the use of SDF (Signed Distance Fields) fonts in-game. So how exactly does this affect the game? This font technique allows texts and fonts to be displayed perfectly in any resolution, scale, or from any distance.

Instead of fonts being displayed like a picture, which can become distorted when on a smaller resolution or zoomed in on from a far distance, SDF fonts can be adjusted to any size and remain perfectly clear and sharp for the user.

In the first iteration of this update, we are bringing this new font technique to the game’s UI. This also in turn improves the clarity and resolution of the Convoy name tags, GPS, License Plates, and Truck Dashboards. We hope you can clearly see the difference when you see them.

So enjoy all the new additions, but please remember: It’s only an open beta, not a stable public version – so you may encounter bugs, instability, or crashes. It’s completely okay if you want to wait for the final release. But if you’re interested in helping us to get there faster, we’ll appreciate all of your feedback on our forum and your bug reports in this section.

Please check our modding wiki to get details pertaining to mods for the game.

If you wish to participate in the open beta, you can find this version in the public_beta branch on Steam. The way to access it is as follows: Steam client → LIBRARY → right-click on Euro Truck Simulator 2 → Properties → Betas tab → public_beta → 1.43. No password required. Somtimes you have to restart your Steam client to see the correct branch name there. 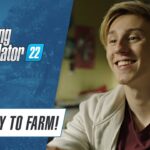 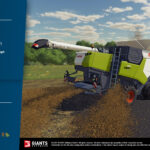