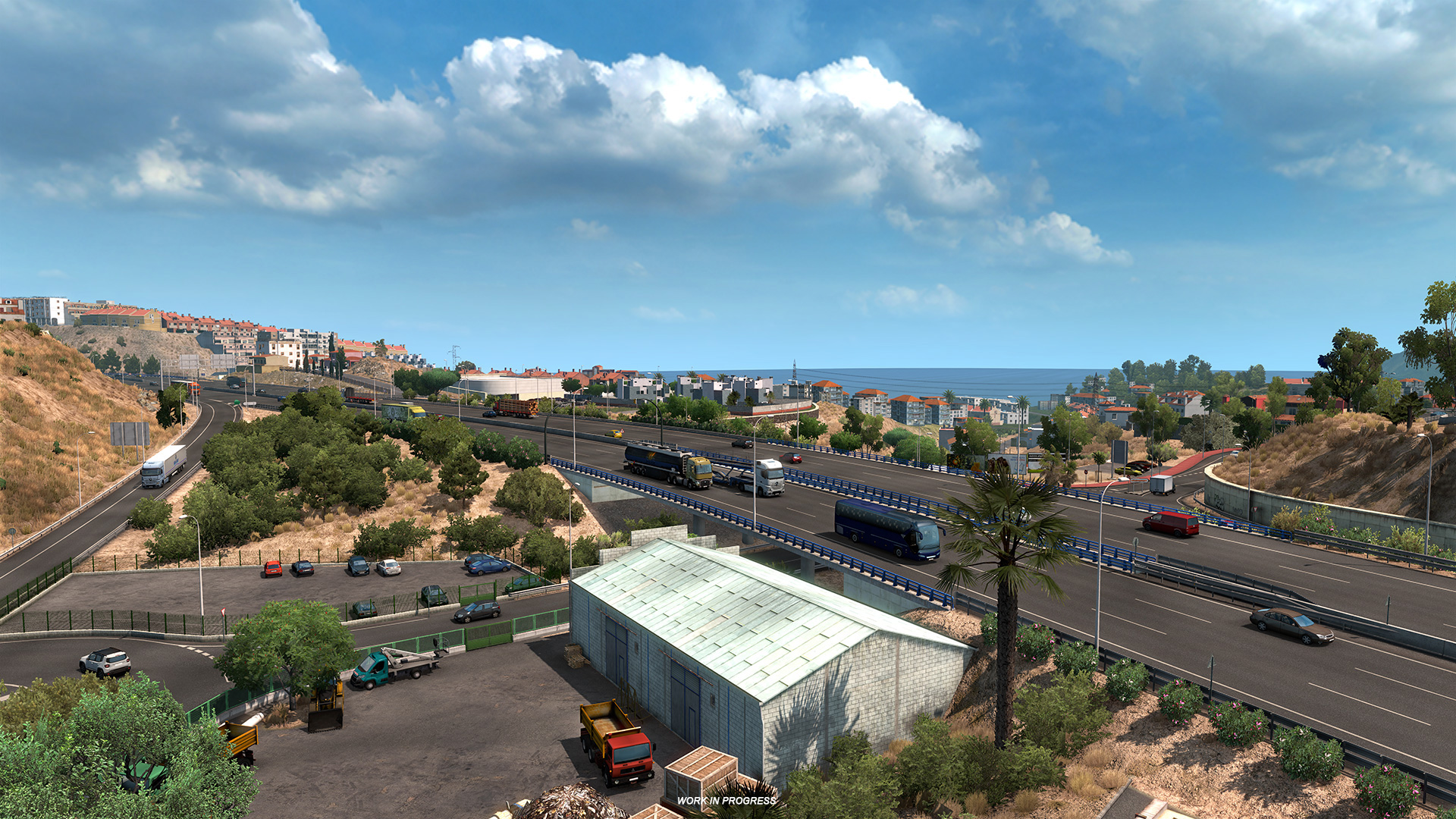 With nearly 3,000 km of coastline, a majority of Iberia’s largest cities and population are located near or next to the sea. With temperatures soaring into the 40’s during the height of summer, the coastal breeze is nature’s air-conditioning, keeping residents cool during the hottest months.

Today, we are happy to share with you a selection of images from some of the coastal cities that will be featured in our upcoming Iberia DLC for Euro Truck Simulator 2. We won’t be naming all the locations of the screenshots shown below, so we encourage you to work together and comment below if you can guess the other locations featured in this blog.

Located on the Mediterranean coastline, Malaga is Spain’s fifth-largest city. It is best known internationally for its sunny weather, attractive beaches, and the cultural city center with towering apartment blocks. The city also features a large seaport, Puerto de Malaga, which is the oldest continuously-operated port in Spain, and one of the oldest in the Mediterranean region. From visiting cruise ships to freighters, this port works around the clock to send and receive shipments from around the world.

On the subject of ports, Algeciras is home to one of the largest ports in Europe and in the world in three main categories: container, cargo, and transshipment. It also serves as an important gateway for industries shipping to mainland Europe from North Africa. This beautiful coastal city offers drivers a spectacular view of the coast and even the famous ‘The Rock of Gibraltar’ located on the other side of the bay.

If you are looking to get away from the hustle and bustle of a large city, then Olhão may be the destination for you. Titled as one of one the calmest destinations in Portugal, it is one of the few coastal towns within the Algarve region where the primary focus of the economy is not tourism. Just like many of the coastal towns and cities across Iberia, fishing is one of the main industries of the town.

Bilbao is the capital of Biscay and the economic, social and cultural centre of the Basque region. Combining a stylish vintage district, industrial heritage, and modern architecture, it is one of the largest cities in northern Spain. This may just be one of your first destinations on a drive when crossing the border into Iberia.

These are just a few of the highlighted coastal towns and cities that you will be able to explore and deliver to and from around the Iberian peninsula. If you like what you sea, don’t forget to take a moment to add Iberia for Euro Truck Simulator 2 to your Steam Wishlist, which really helps supports us and our upcoming releases. Gracias/Obrigado! 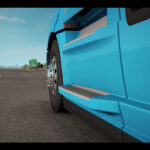 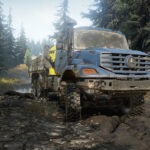