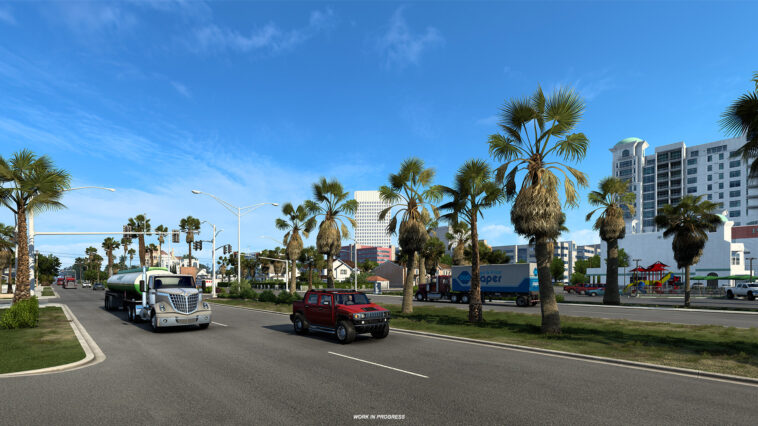 The first blog post of 2022 introduces the cities and settlements in the Texas DLC. Texas state release is expected for American Truck Simulator this year. SCS Software shares screenshots from the cities of San Angelo, Waco, Galveston and Amarillo below.

The local residents of San Angelo have a lot to be proud of. From rich flora to numerous historically important structures and facilities, this city certainly offers a fresh feeling when you are on a long journey driving through the vast and complex system of roads in Texas. Additionally, the city thrives economically as well, constantly being ranked as one of the best “smaller” towns for business.

The city of Waco will undoubtedly charm you with its energetic atmosphere, which always guarantees an interesting visit in the heartland of Texas. The area is full of history, economic opportunity, and a rich variety of cultural experiences. The city became an important commercial center during the late nineteenth century, which managed to attract a number of educational institutions and businesses, that have helped form Waco into what it is today.

Quite uniquely, Galveston is a coastal resort city and port off the Southeast Texas coast on Galveston Island and Pelican Island. Due to this exceptional location, the city became internationally important for immigration and trade in the mid-19th century. Thereafter, during the 1920s and 1930s, Galveston re-emerged as a major tourist destination, which it still is to this very day – with the additional focus on history and historical buildings.

Situated in the grasslands and surrounded by dense prairie, Amarillo is well known for its urbanization, agricultural farming, and construction. This city was named after the yellow sub-soil and the yellow blooms on the area’s Yucca plants. You may be wondering, what does the yellow color have anything to do with it then? It’s because the word amarillo means yellow in Spanish.

The screenshots below are from different locations. 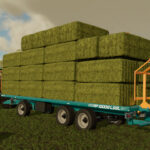 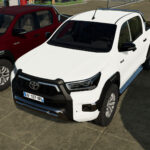